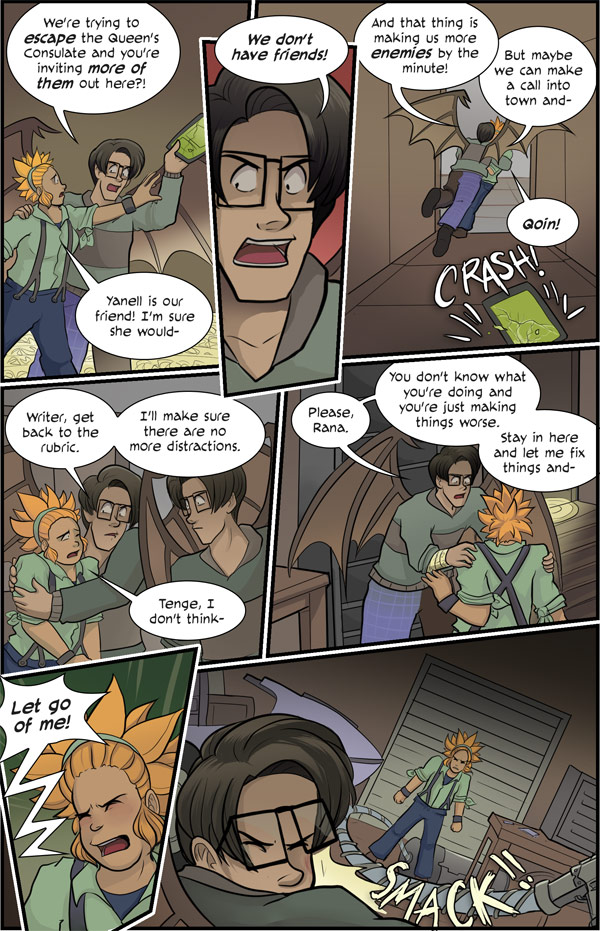 Tenge and Rana have a disagreement.

On TWC this week: Some art from last year of Astyr, Rana and Sydney's adventure to a terrible realm of ugly seasonal sweaters.

🔒 $6+ patrons A deleted scene from Act 1 of Astyr fooling the Tirani family into worshiping him as a god.

We're back into SpiderForest Comic of the Week territory, friends! Here's some sci-fi for you this week!

The Sundown Boys follows Adrienne DeSaule, the adopted daughter of an interplanetary mogul. When her father dies and grants the family business to her instead of her power-hungry brother, she must flee her home and find help -- fast. It just wrapped up its first chapter, so it's a great time to jump in!

Sunset Grill is a "lively" bar on the wrong side of town on a galactic port. The patrons have a proclivity toward fist fights, gang wars, and massive snark, and the employees are... honestly not much better. Follow their many adventures!
comments powered by Disqus