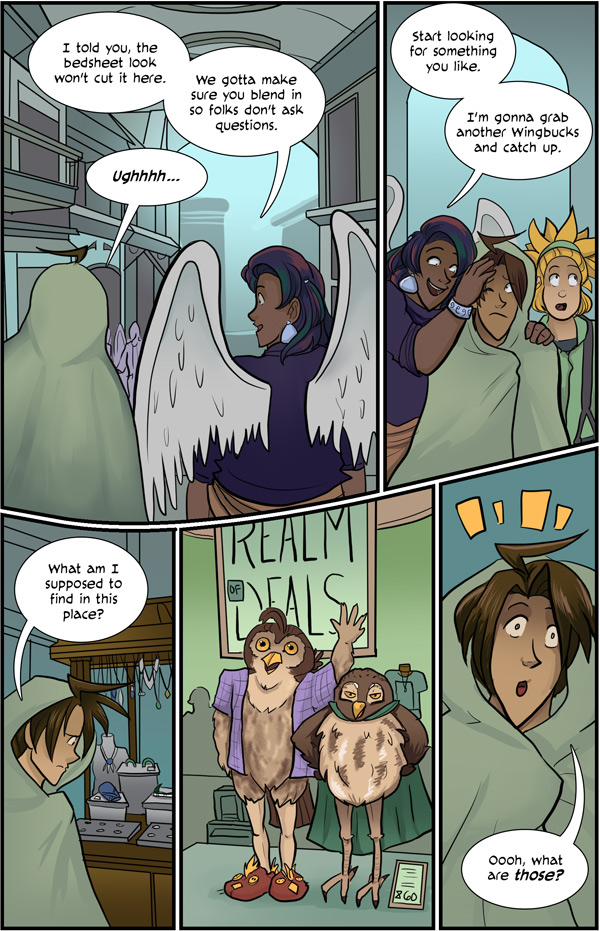 A hearty hoot-out to Vayandil and Gheralf of Realm of Owls, gracious Kickstarter backers of the last SpiderForest Anthology who scored themselves a fashionable cameo in the comic! Their comic is a fun documentary-style report on everything from owl gyms that make you 'puff' to terribly misused vacuums to interchangeable monarchs. Flap on over and give it a read! (OvO)b 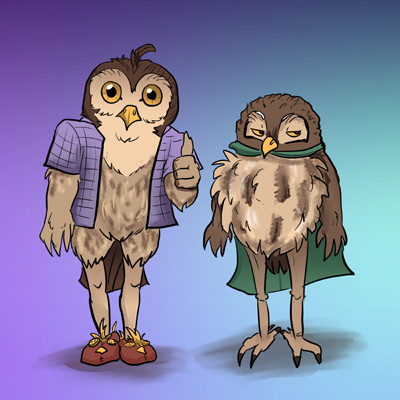 It's 2018, and if your new year's resolution is to read more comics, then SpiderForest has you covered with Comic of the Week! This week Sombulus is being featured (WELCOME NEW FRIENDS!) as well as these fabulous comics:

Cosmic Fish by Eliana Falcon - Rejected and hunted down by the planetary guardians, Acantha and her monstrous kind have taken it upon themselves to solve the mystery of their origins and find their place in the universe they are forced to call home.

I just caught up on the archive myself, and I really love Cosmic Fish a lot. I'd describe it like a cross between Undertale and a Miyazaki movie. A very bittersweet charm, unique premise and cute "found families" of monster children, with a very rich art style (and sometimes animations!). Do give it a look!

Castoff by Star Prichard - Vector always dreamed of traveling. He got kidnapped instead. Now, with the help of a short-tempered bounty hunter, a happy-go-lucky cartographer, and many more unlikely friends, he has to try to make it home in one piece.

Between the colorful characters and art, Castoff is real hard not to like, and I've been following it a while. Keep an eye on the comment section for my occasional frequent sass!