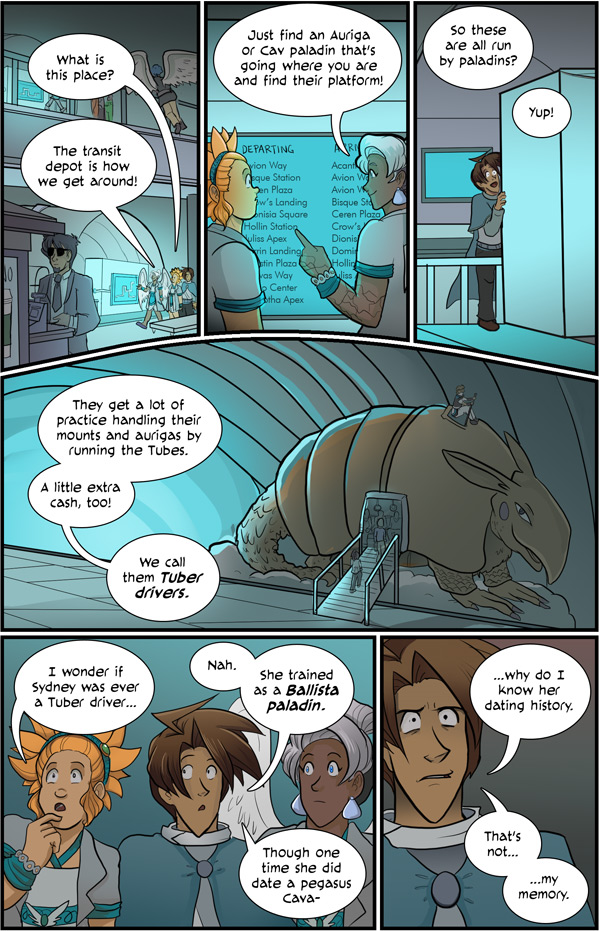 Snuck another couple cameos in this page for Liz Staley and Felix Kaiser, whoo! And now for some more excellent Comics of the Week from around SpiderForest! With monsters! So many monsters!

Monster Lands By J. Nelson- Monster Lands is a fantasy/dramedy story that focuses on the axe-wielding, monster-riding adventurer Othera as she battles against the tyranny of the evil queen Eren Lorry!

If you like funny fantasy stories with extreeeemmmely over-the-top villains, you can't go wrong with Monster Lands. The episodic arcs make it a nice dive through. Highly recommended for fans of Sombulus!

Evil Witch Allie by Kristin Tipping- A comic about some average kids dealing with normal teen problems like babysitting the world?s worst magical girl, solving yet another murder, and getting that darn ghost cat to stop sleeping on the keyboard.

I love this comic a lot, because it manages this balance of cuteness and horror that doesn't feel dissonant and makes you want to learn more about the weird magic mysteries that pop up all around the main character.

LittleLight Asylum by Julian Dominguez- In a strange orphanage where the little monsters really are little monsters, three friends are constantly getting themselves into supernatural misadventures.

This is a fun one! I'd describe it as sort of like Muppet Babies if they were werewolves and witches and demons. Very goofy antics in this one!