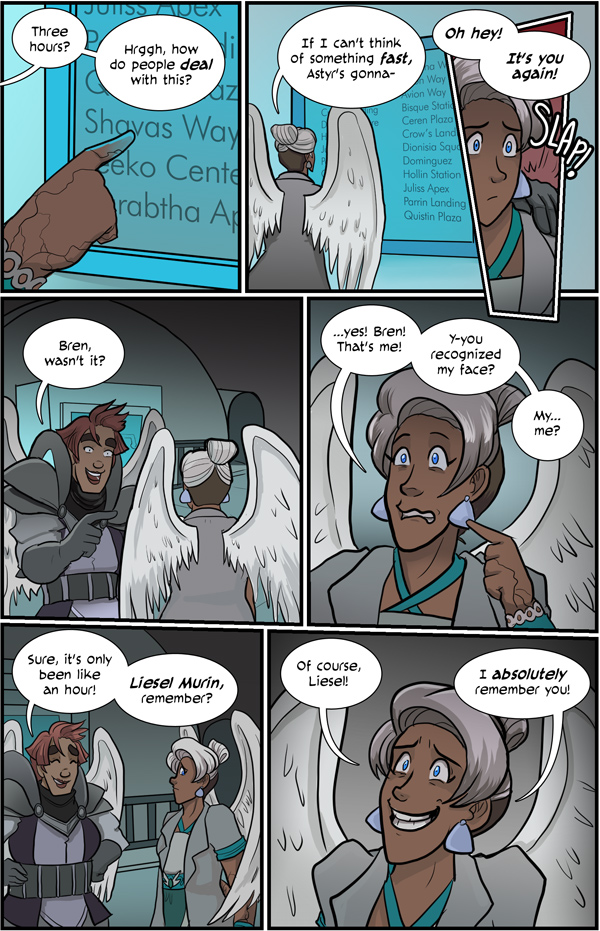 Cioara is caught off guard.

This week on Comics of the Week are some strong suspenseful dramas, as people deal with their inner demons (figuratively and literally) and explore the morally grey lines of life and humanity.

Demon Archives by Dan Sharp- As Captain of the Keleres, Tenzin Dorje led his team to defend the people of Minerva from raiders and rival factions. But when a new enemy destroys the Keleres and seriously wounds Tenzin, he'll have to face his personal demons to restore peace to the region.

Dan writes extraordinary deep characters and is also just a really great guy. Do check this one out for some military post-apoc drama.

October 20 by Marius Hjelseth- For 12 years, Catherine has suffered agony, isolation, loss and betrayal. Now, she faces her most formidable monster. Her own guilt. Get ready for the final chapter of October 20, as Catherine returns to where all her grief began. Along for the ride are a few surprise allies. And enemies.

This comic has horror-movie-style tension with a truly suspense-filled plot. Highly recommended!

Arbalest by L. Potyondy-Edens - A reluctant monster with six months to live learns to transcend her role in an isolated, fearful village.

A very chilling slow-burn story where each update you worry more and more about the main character. Or at least I do!