Con Season is Over! 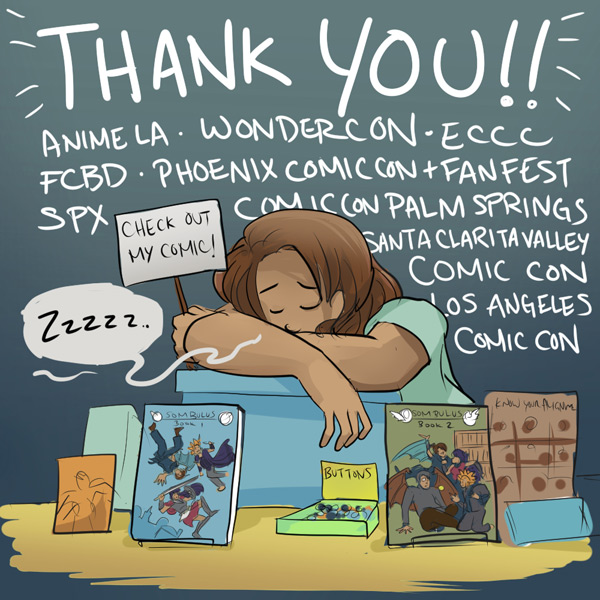 Con Season is Over!

This week's vote image: NaNoMangO, a little comic community offshoot of NaNoWriMo, starts this month, and it's special to me because that's where Sombulus got its start way back in 2005. Vote this month to see original art from the very first versions of Sombulus I ever did!

Castoff is about a lonely innocent bookworm with strange powers who longs to make a friend. Turns out there was a bounty on his head, and the no-nonsense bounty hunter who tries to collect on his name is in for a big surprise when his powers go haywire and strand them in a remote forest. Castoff comes with my highest recommendation for fans of super-fun characters and ridiculous antics and cute art.

Sons of the Forgotten has juuuust started, and is following a young boy who dreams of becoming a hero. The art is so rich and detailed and I can't wait to see where it goes. A great one to start from the ground floor with!
comments powered by Disqus