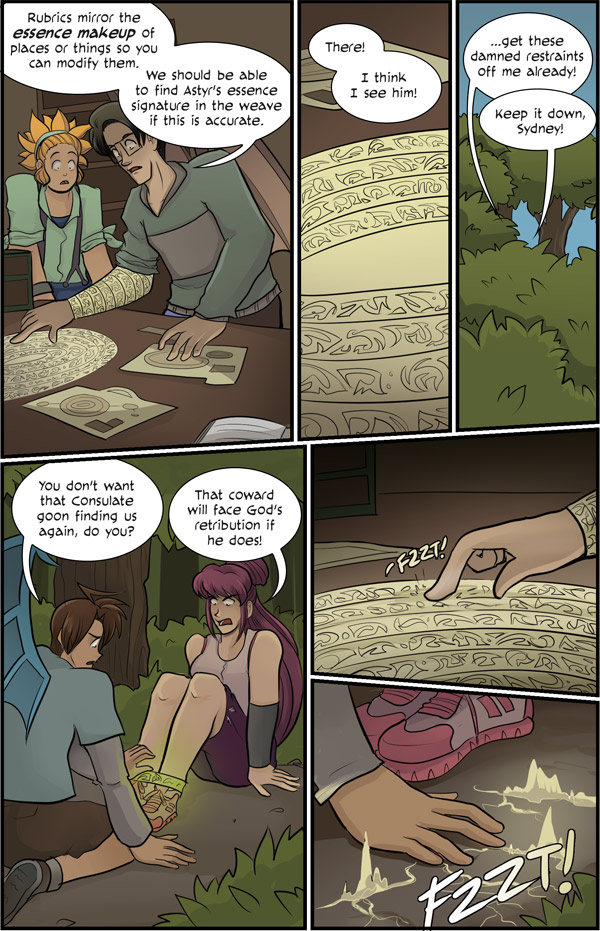 Tenge demonstrates the finer points of working with rubrics.

On TWC and Patreon this week: The first iteration of Sydney from 2005 and also four more pages from my very first draft of Sombulus. Sydney used to be a lot more cheery!

It's SpiderForest Comic of the Week time once more! Let's take a look!

Soul's Journey is the story of a prince who, mired in politics and a looming marriage gets lost in the woods and magically turned into a wolf. With the kingdom in chaos, he's going to have to find a way to fix things before war breaks out! The whole comic is gorgeous, but Sophie's wolf designs in particular are so expressive. Give it a look!

LaSalle's Legacy is the story of two brothers: one a respected captain on the high seas who's inherited his father's trading ship, and one a roguish pirate bastard child. Though years and circumstance drove them apart, an undead enemy will force them together to solve the mysteries around their father's past. I've been reading this one for years, and answers are finally dropping into place as it approaches the endgame. I love the way Jenn weaves her plot and there's a nice solid archive to dive.
comments powered by Disqus