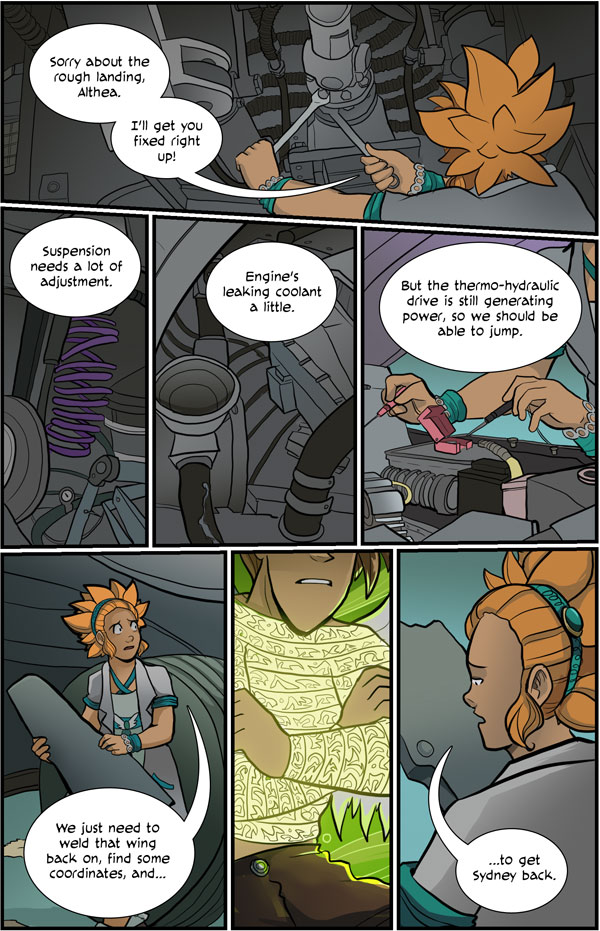 This week's new SpiderForest comics have post-apocalypse vibes and feature folks trying to find their way after things fall apart.

Broken: Broken is a powerful blend of fantasy, horror, and a bit of military drama, and I cannot recommend it enough. A psychic zombie kid befriends a fairy general and tries to deal with guilt, grief, and PTSD. This is complicated by eldritch abominations, a genocidal dictator, the dictator's wife, and a panic-induced exit from the last known bastion of civilization. Wings? Check. Art? Gorgeous. Feelings? Mashed into the floor. Give it a read.

Black Shallows: Hadian?s world is sinking into the sea. As ever increasing amounts of land fall into the water, blame is cast on a hidden and secretive group of people whose strange ability to travel through dirt and time may be causing the devastating collapses. Hadian is one of them. This one's pretty new with a short archive, but the magic system in how the "travel" works hooked me from the first chapter.

Ten Earth Shattering Blows: A noblewoman is on a quest to kill an evil witch in the post-apocalypse wasteland, but caught between ruthless slavers and lizard-riding riders, she soon discovers that the authority of her noble status is worth nothing in a lawless, unforgiving land. Absolutely masterful world-building and intricate art. Be warned that the first scene is NSFW/Mad Max in tone for those reading at work or around families.
comments powered by Disqus