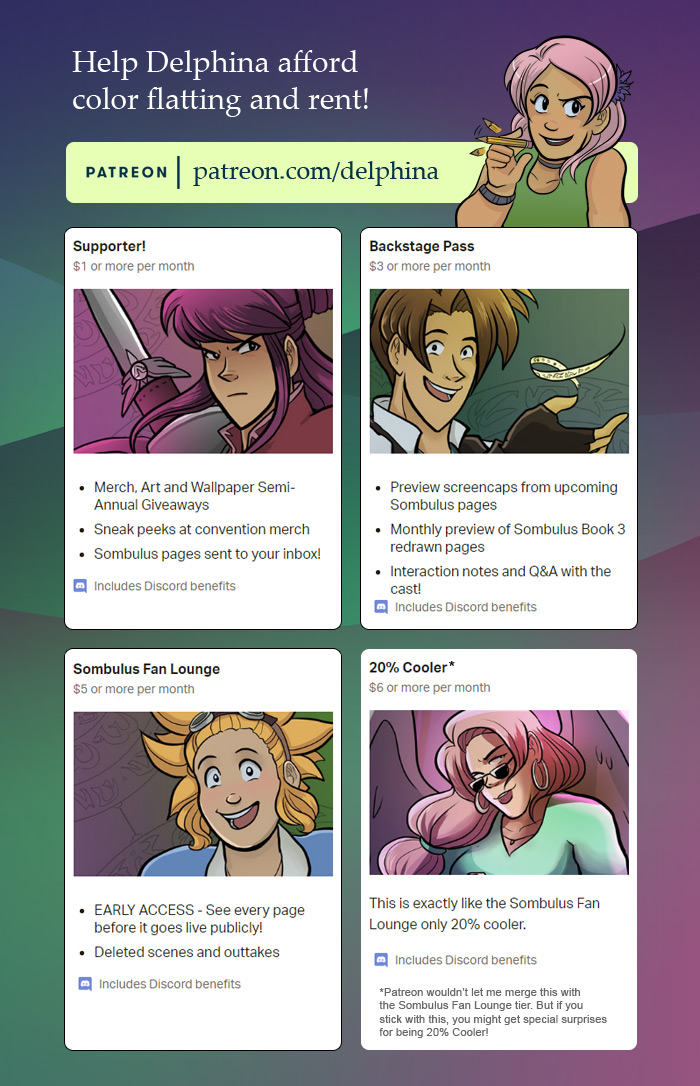 I hope you enjoyed "The Knight and the Knave" short story while I took a much-needed break. Lots of stuff going on behind the scenes as I prepare Chapter 9 of Sombulus, solidify my 2020 convention schedule, and wrap up the last edits on Sombulus Book 3.

Now that we're ready to launch back into the story, I am SO excited to announce my revised Patreon tiers, which now include EARLY PAGES!

Feel free to look around and adjust your pledges over at patreon.com/delphina! Knowing me, I'll probably think of some other surprises to drop in as we go, but if there's anything I've done before that you particularly enjoyed, leave a comment!

Sombulus returns February 4 for everyone and TODAY for all early access Patrons. Massive thanks for your support!

Michael - What would it like to be a mutant in an all human high school? Michael is about to find out as his sharkmue DNA kicks in just before his freshman year. Some want to put him on a pedestal, some want to run him out on a rail. All Michael wants is to survive his first year of high school.

Soul's Journey - A cursed pendant turns a runaway prince into a wolf. Can he find a way back to his human form to stop the brewing war on the horizon before it's too late?